A Large 19th Century French Biscuit Porcelain Figure Group "Judgement of Paris" (possibly Sevres), depicting Paris wearing a Phrygian cap, lion's skin, breeches and sandals, kneeling and presenting Venus with the Golden Apple, she scantily draped and with a garland of laurel in her hair seated on clouds, Cupid standing to her right holding a dove and stroking a spaniel, Minerva and Juno behind her, Minerva in a helmet surmounted by an owl and wearing a breastplate over a flowing dress, her shield moulded with the head of Medusa, Juno with pearls in her hair, in a long flowing dress, lying in her chariot with two peacocks and her drapery flowing in the wind, among clouds on a high oval waisted base. Dimensions: 38 cm high. Weight: 8.2 kg. net. Minor damage. Marks: Incised "Le Riche"*.

* Jossé-François-Joseph Le Riche was one of the principal assistants to the director Etienne-Maurice Falconet at Sèvres and later became chef de sculpteurs there. After Falconet left Sèvres in 1766, his assistants, including Le Riche, carried on similar work, but in a more stylized manner. 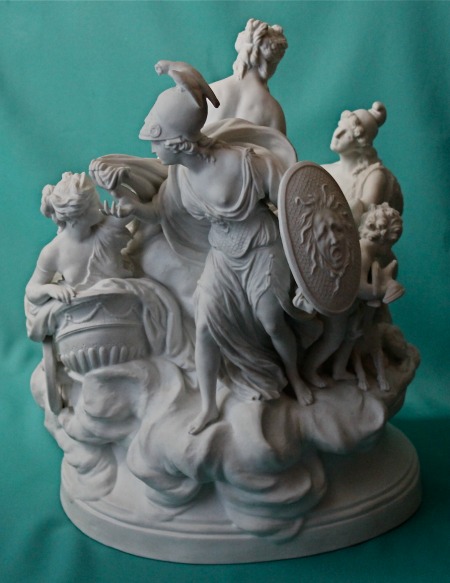 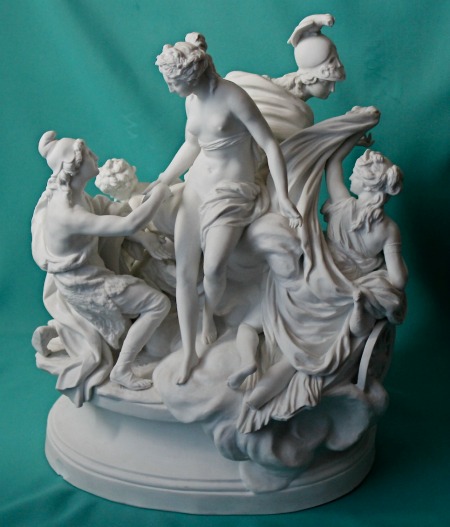 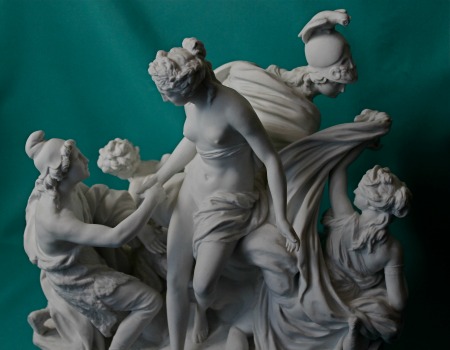 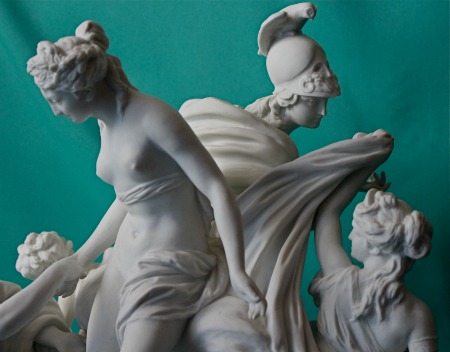 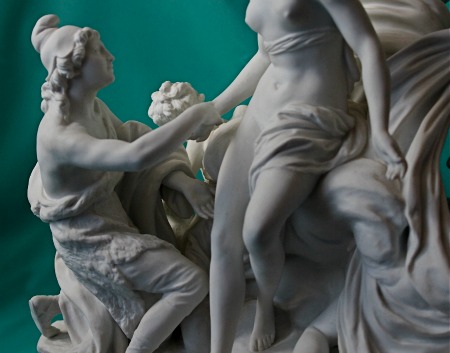 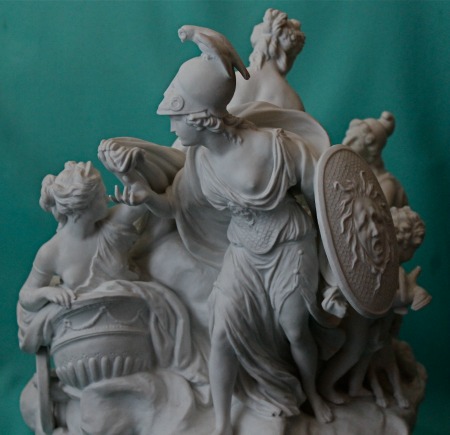 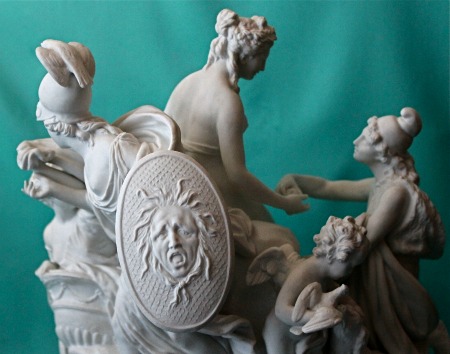 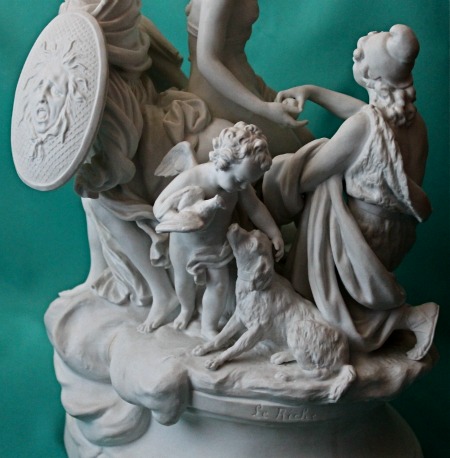 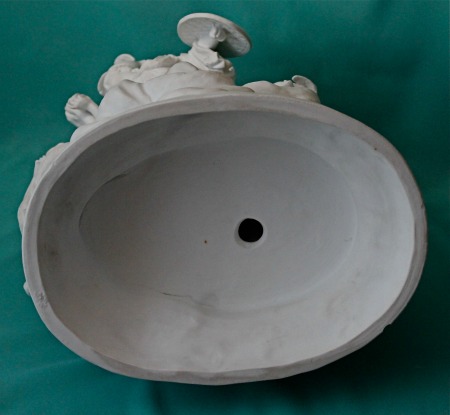